In The Nick of Time

Time was running out. Electronic repair shop owner Andrew Jason had taken on more than he could chew when he agreed to fashion a temperature regulator and timer device for a Florida company operating large high temperature kilns. To drive the interactive function of the device, he needed to integrate circuitry of his own design with an Arduino Uno motherboard, which needed to be programmed to provide the user interface. The circuitry was no problem but the Arduino programming eluded him.

“I needed help right away,” he recalls. “I remembered getting excellent help through Freelancer.com about two years ago on a website design. So I logged in and posted my project, with the job specs laid out precisely. I also indicated that I needed live help within 24 hours.”

Two-hundred forty (240) freelancers viewed his project, and two responded. And between those two, Sam (known as yhaat on Freelancer.com) from Nepal was the more qualified: The skills pie chart on his profile page showed that Arduino made up nearly 50% of his skill set. Moreover, through the site’s chat system, Andrew could tell Sam knew his stuff. He paid US$110 (including bonus) for five hours work.

“Sam was willing to work on the project immediately. We worked together through my night (his day) and he explained every detail in a very patient and clear manner,” he shares. “He also asked all the right questions to fine-tune the program. In five hours of continuous work we finished the job and the program works perfectly!”

Andrew had hooked up the Arduino to the computer. Sam wrote and executed the code as Andrew watched and told him what the Arduino was doing as Sam couldn’t see the actual motherboard.

His client is very pleased with his prototype. The temperature controller/timer works really well in actual use. “They are happy that a manual procedure is now automatic and they have ordered more units to be built.” 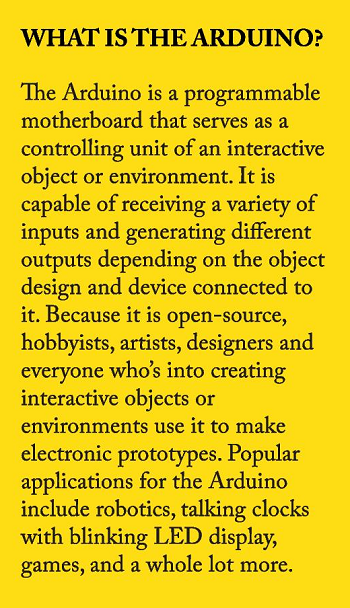 Initially, Andrew wanted to learn Arduino programming and do the project himself. He even bought Arduino programming books as guides, but realized when the deadline was approaching that live help was what he needed. He joined the Arduino forum to hire someone (on an hourly basis) who could go online and write the program with him. “I wanted someone to show me what they were doing and why. Only one person responded and told me he would get back to me later, but never did.”

Andrew has been servicing, selling, and supporting hardware and software in the prepress industry for over 30 years under the name “Technoloco, Inc.” He has been servicing and selling imagesetter machines, film/plate processors, Raster Image Processors (RIPs) and related equipment. Now he has shifted his focus to troubleshooting, repair, and design of electronic devices of almost any kind and has changed his business name to Jason Technical (www.jasontech.com). Although 61 years old he says he feels like he’s in his twenties.

So, what’s next for Andrew?

“Right now I know I need to learn C++ (for the Arduino) and Python (for the Arduino’s competing product Raspberry Pi). My intention is to make a living at least partially by writing programs. Wherever I may be or go to, I can always get a programming job. One way, of course, is through Freelancer.com!” he beams.

What entrepreneurs need to know about choosing the right business structure.

This article is to help rookie users to make the best of they way in Freelancer.com

Has Your Job Hunt Hit a Dead End?