Who Says You Can’t Make a Living by Writing?

It has been said that “you can make anything by writing.” While, in its original context, this meant that worlds could be created through the pure act of putting words to paper, freelancer Hilary Umeoka literally made something from writing. For starters, he has self-published an e-book; but even more amazing is that he has been able to buy a new car, live in a decent apartment, get married to a lovely woman, AND even raise funds for a new computer firm. How did he do it? By joining Freelancer.com, the world’s largest crowdsourcing and outsourcing site. 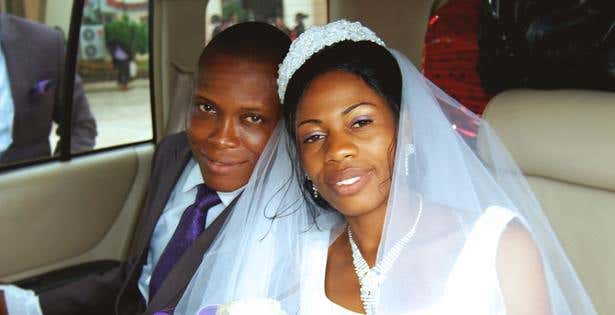 “Freelancer.com has been my major source of monthly income since 2009,” Hilary confides. “I joined the site in May with zero dollars; I only came with my writing talent. By the special grace of God, I’ve since earned more than US$36,000. I make up to US$12,000 (net of Freelancer.com fees) per year.” In Nigeria, the dollar wields great purchasing power and Hilary is, simply put, a multi-millionaire.

Hilary works as a full-time freelance writer on Freelancer.com. When the workload is heavy, he hires additional writers also on the site. “I post writing projects without setting any barriers, which allows me to get writers from several countries,” he shares. “The bidding system is very easy and simple. But before I hire them, I give them sample topics to write through the PM (personal messaging system). Afterwards, I select the writers and award the project.”

There have been cases, however, when the hired writers leave his team for one reason or another. “Some may win higher paid jobs and leave my team. I’ll simply post a new project and recruit new ones,” he adds. “So far, I’ve worked with over 100 writers; but I’ve trimmed the number down to five. I discovered the team does better when we are few. Among the five, I’m the only one that is regular; the others write periodically.” As an employer, he estimates that he has spent more than US$5,000. “I simply pay my writers from my earnings on the site.”

And Freelancer.com makes it easy for him to do just that. The Dashboard, he says, allows him to get a full glimpse of his activities, while the Finance menu helps him calculate his earnings. If things don’t turn out as expected, he can rely on the Dispute Resolution System to recover his due from a disappearing client.

Joining Freelancer.com was an easy decision for him. While Googling “how to make money online,” he came across an article written by a Kenyan that focused on making money online through writing. In that article the writer mentioned Freelancer.com, then known as Get a Freelancer, as one of the best sites where one can start a writing career. The article also mentioned other similar sites, but Hilary chose Freelancer.com because it “was more user-friendly.” Soon afterwards he closed his computer business and dedicated his time solely on the site.

More than three years down the road, Hilary appreciates the site even more. Freelancer.com is proactive—it grows with tremendous speed. I like the fact that the Support Desk responds to my inquiries with great speed and that the site introduces better changes on a regular basis.”

It comes as no surprise then that when he decided to sell his e-book “50 Ways to Make Money Online,” he chose Freemarket, the site’s online content marketplace. “Freelancer.com is the only site that gave me what I wanted when I published my e-book,” he claims. “Similar sites don’t have this option—the Freemarket. Buyers can purchase the e-book via Paypal or through their Freelancer.com accounts. Also, what I earn automatically gets credited into my own account. ”

“I like all the features in Freelancer.com,” he reiterates. “They are very easy to understand and follow compared to what I have seen in other similar sites.”

Before applying for a job as a freelance academic writer, you just need to make use of the skills you have.

Announcement of the AMPS Challenge winners, launched by Freelancer and Arrow Electronics, sponsored by the Bureau of Reclamation.

As rising star in our digital age, video offers and exciting new tool to freelancers of all trades.

A Life Beyond the Call of Duty