Wordpress vs. Joomla! - An SEO Perspective

Jump-starting a website is easier than ever, especially given the wide variety of competitive pricing plans and hosting options available. Of course, the availability of easy-to-use CMS platforms such as Joomla! and Wordpress do their part in enabling even novice bloggers to dive into the world of web content development.

The two probably remain the most widely used systems, with a notable advantage of Wordpress that currently hosts over 80 millions of websites including some of the most popular ones such as Mashable, New York Times, etc. Certainly, there are multiple reasons Wordpress has become so popular, one of them being its SEO potential. 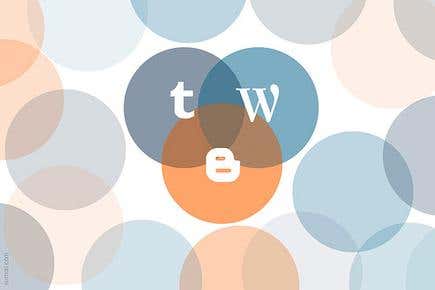 Compared to Joomla!, Wordpress definitely comes with some interesting options and even though your SERP results still mostly depend on the type of content you create, the CMS platform may play a major role here as well.

Even though SEO pros would easily get on-site optimization right with any of the two, newbies are quite likely to notice the difference. This is mostly because Wordpress is rather intuitive when it comes to SEO optimization. For one, Wordpress’s code is plain and simple, just the way search engines like. Even though the latest version of Joomla! did add some SEO-friendly features, its code still can be quite confusing for novice users.

In terms of features, Wordpress again has a great advantage because it lets you optimize your URLs manually and define your permalinks. Furthermore, it includes the tagging option by default, while with Joomla! you need to have an extension in order to do that.

Despite the general praise of Wordpress’s SEO potential, it doesn’t actually do quite well in terms of speed and we all know how this can affect search rankings. Namely, according to a research by Yotta, Wordpress is the slowest CMS platform both in its free and VIP offerings. Some other notable findings are:

-          Sites hosted on smaller, more expensive platforms are generally faster than those on Joomla!, Wordpress and Drupal

-          In terms of backend delivery, Joomla! and Wordpress are slower than the others

Although page load time will mostly depend on the type of content your website hosts, this is certainly an aspect in which Joomla! beats Wordpress, at least to a certain extent. One thing that should be noted, though, is the fact the platform speed doesn’t make as much difference when a website runs on reliable servers that are managed by reputable companies and potentially on local servers.  For example, users based in Sydney should choose a local web hosting company, while those targetting visitors from Nevada can opt for a corresponding provider such as VisionHead.

One thing most novice bloggers love about Wordpress is the number of plugins available – from social sharing to gallery plugins, you can find virtually anything on its plugins page. Joomla! does offer a great deal of extensions too, but just like most other activities related to it, their installation and setup may not always that simple.

Wordpress’s SEO by Yoast and All-in-One SEO are probably the most popular plugins that every website owner needs to use. With Joomla!, on the other hand, you can do some parts of on-site optimization using SEO Boss or Xmap components.

Based on the three sets of features listed above, Wordpress may be said to be perform better than Joomla! in most critical SEO-related aspects, but this certainly doesn’t mean a Joomla!-hosted website would negatively affect your rankings. Joomla! may well be a great option for your website and even if you need to invest more effort into optimizing, it can still be a tool for achieving success online.

It takes guts, determination, and a healthy dose of wild optimism to attempt building a startup of your own.

A detailed overview of the latest trends in financial technology software that change things in financial industry once and for all.

The 5 most in-demand AI jobs, and how to get them: Article covered some of the AI job with required skills for the professionals.

Getting your first project on Freelancer.com can be a daunting task, but by following the right approach and strategy, you can increase your chances.