Four years ago, Sonny Vrebac and a friend were on their way home from a night out. Both single, the men recalled a particularly embarrassing encounter with a group of girls. "As we were retelling the story of the failed encounter, we started re-enacting the event. After we finished the mini role play, we had a good chuckle," said Sonny, an actor and recent graduate of the National Institute of Dramatic Art in Sydney, Australia.

After the laughter died down, they thought "If only we filmed that!" and the idea lingered. Sonny started writing more scenarios, basing it on his own experiences of failed interactions with girls and stories from friends. In need of an outlet for his creative work, he toyed with the idea of filming it as a Web series. "But to do it properly, we needed to treat it like a business. YouTube, however, wasn't going to cut it," he said. 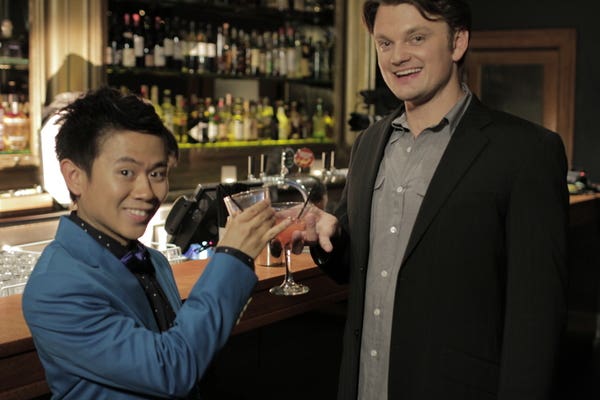 A new idea came to him -- how about releasing it via mobile applications? He thought of an app series but the concept didn't exist then. Even now, according to Sonny, there are only a handful of apps for native serial videos. The business decision to use iOS solely as a distribution platform was a challenge, especially considering his lack of development knowledge but it motivated him to engage an audience in a brand new way.

The series finally took off after much hard work and persistence. "I naively thought it was going to take six months to film all 21 episodes but it took almost five years, an insane amount of money, and more people involved than I could have imagined, but it happened," Sonny said.

Called "Hunter n Hornet", the satirical comedy series shows the funny adventures of Sade and Cade, two wannabe pick-up artists who lead lives devoid of women, but are desperate to change that. Each 'appisode,' revolves around a particular dating theme that the main characters practice on each other. This isn’t the first time the Pick-up Artist community has come under the spotlight. Neil Strauss came to prominence when he released his New York Times bestseller The Game. 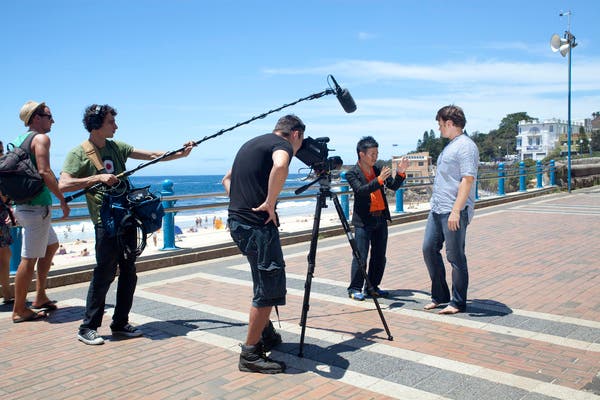 Sonny not only fills the role of one of the main characters Sade, but he's also the producer, director, and writer of the show. Starring alongside him is Aljin Abella, a former power ranger, who plays Cade.

The team initially filmed three appisodes and looked for a developer to make the app. The most affordable quote they found at the time was a local agency that put the development cost at the equivalent of buying a small studio apartment in Sydney. "And that was just the first release. Updates and tweaks would have been come under a separate scope. It was just impossible for someone in my position to be able to afford something like that," said Sonny, who shouldered most of the cost.

He had been using Freelancer.com for small-scale projects and decided to trust the site for one of their biggest projects. The app was essentially their means to reach their audience and it could make or break the user experience. On top of that, the app and the pilot episodes would be later presented to Screen Australia for a grant application. Sonny carefully chose the best freelancer and found fxbytesin from India. 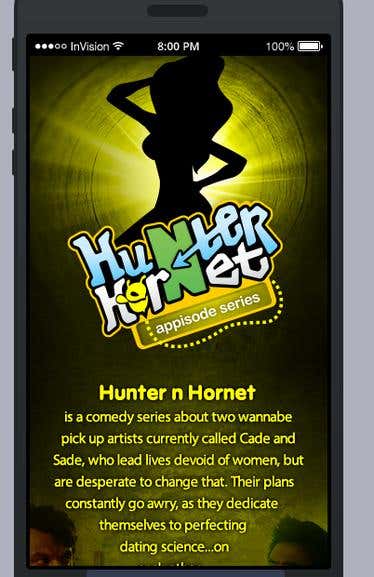 Thankfully, the multiplatform grant from Screen Australia was awarded, which allowed them to produce the rest of the 18 appisodes. But since most of the budget went into the production costs, it was crucial to hire freelancers for the additional help they needed. SandstormFX from Romania was hired to do the animation of the show's trailer and episode intro, and taks0not from the Philippines designed all the graphics.

"My freelancers are truly amazing. The quality of their work is of very high standard. I always get comments about the app saying it looks professional and comprehensive. I remember speaking to a developer at a conference, and showing him the main Hunter n Hornet app. He was so shocked when he found out I supervised the design and build without any background in app development. When I mentioned I outsourced all of it, his jaw nearly hit the floor!" Sonny said.

Now the freelancers are a core part of the team and Sonny admitted that he wouldn't have been able to get to where he is now without them. 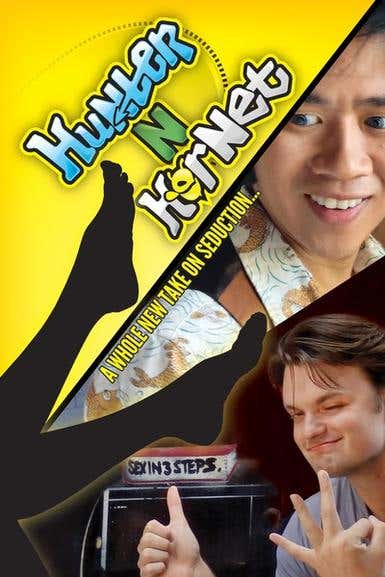 The 21 appisodes of Hunter n Hornet have all been released late last year. Right now, Sonny and his team are working on Season Two, where Sade and Cade transform from Average Frustrated Chumps into full-fledged unsuccessful pick-up artists! Sonny is also exploring opportunities such as entertainment accelerators in the United States and distribution offers to make the show into a TV series.

"We're working on a lot of things right now, including filming new appisodes and releasing new applications. We have launched two additional apps to engage the community and both were done by fxbytesin," said Sonny, who added that Freelancer.com is his go-to for professionals who produce high quality work. "I've used similar sites but based on experience, Freelancer.com has the most reliable freelancers."

You can download the app series for free in the app store here http://bit.ly/1tCwXjf or check out the project online at www.hunternhornet.com

11 ways you can use the Quotes feature to get more work and level up your freelancing profile.

This article is to help rookie users to make the best of they way in Freelancer.com